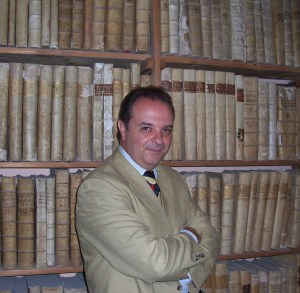 MARIO PUERINI  he graduated from the “G. Rossini Conservatory” in Pesaro, Italy, where he studied with the illustrious teachers Giovanni Gatti and Arrigo Tassinari. He has received numerous awards and prizes from international competitions. Under the guidance of the great flutist Severino Gazzelloni he graduated from the Chigiana Academy in Siena with a scholarship for excellence. For several years he was first flutist with the Philharmonic Orchestra of Le Marche. He has performed frequently with pianist David Bradshaw and has appeared in many European cities, in Russia, and in Japan. In the United States he has performed at Carnegie Hall, Lincoln Center, Norton Hall, Beethoven Festival di New York, University and Cathedral of New Orleans. He has also performed on RAI, Vatican Radio, Ukraine Radio, and WNYC and WQXR in New York. He has incised his CDs for “Iktius Baby Records”, “Philarmonia”, “Pagano”, “Domani Musica”, “Málleus”, “Primrose Music”, “Mediateca delle Marche”. In 1986 he was one of the founders of the Italian Quartet “Les Flûtes Joyeuses.” As a member of the quartet he took particular interest in the commisioning and the performing of contemporary music. In fact, many contemporary composers have dedicated their compositions to him and he has overhauled several volumes of music for flute and chamber music written by classic and modern composers and edited by “Berben” and “Edizioni ‘800”, “Intras”, “Armelin”, “EurArte”. He is a professor of music at the Accademy Musical in Ancona and at the “N. Vaccaj” Institute of Tolentino, where he has been the Artistic Director of the summer Music Festival International “MUSIC and ART” since 1993.