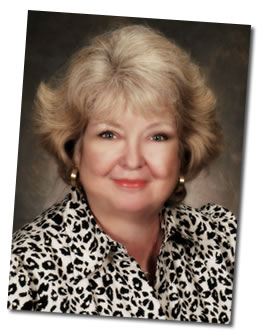 Miss Peterson was hired by City Opera’s General Director, Beverly Sills, and was immediately doing title roles and starring in new productions.  Her acting, sparkling personality, and communication with audiences made her Miss Sills’s choice for high profile events including PBS TV’s Live From Lincoln Center and the broadcast of The Kennedy Center Honors.  A versatile artist, Miss Peterson sang title roles ranging Janacek’s Cunning Little Vixen to Massanet’s Manon.  Her Manon brought rave reviews including the New York Times which crowned Claudette as “…the best Manon New York has seen since Beverly Sills.”  She was renowned not only for her vocal splendor, but also for how she brought life to leading ladies from Nina in The Song of Norway and Yum-Yum in The Mikado to Cunegonde in Candide and Lisette in Puccini’s La Rondine.

Mr. Kline started his musical education at Westminster Choir College in Princeton, NJ, as bass soloist with the Westminster Choir, where he performed under Stokowksi in Carnegie Hall, with Ormandy in the Academy of Music in Philadelphia, and with Bernstein, Boulez, and many others with New York Philharmonic.  When Roger Wagner conducted the Westminster Choir on tour for Sol Hurok Management, he chose David as featured soloist.  He spent two summers at the Spoleto, Italy Festivale dei due Mondi.

A career as well a personal highlight was his Figaro with Hawaii Opera Theater in Honolulu.  His leading lady Susanna was New York City Opera star Claudette Peterson, who, 10 months later back in New York became his wife and leading lady for life.  CAMI immediately recognized their chemistry and created the “From Opera to Broadway” duo-recital concert, which was, for the next three years, the most popular program on CAMI’s series of Community Concerts Programs, ultimately totaling more than 105 performances.